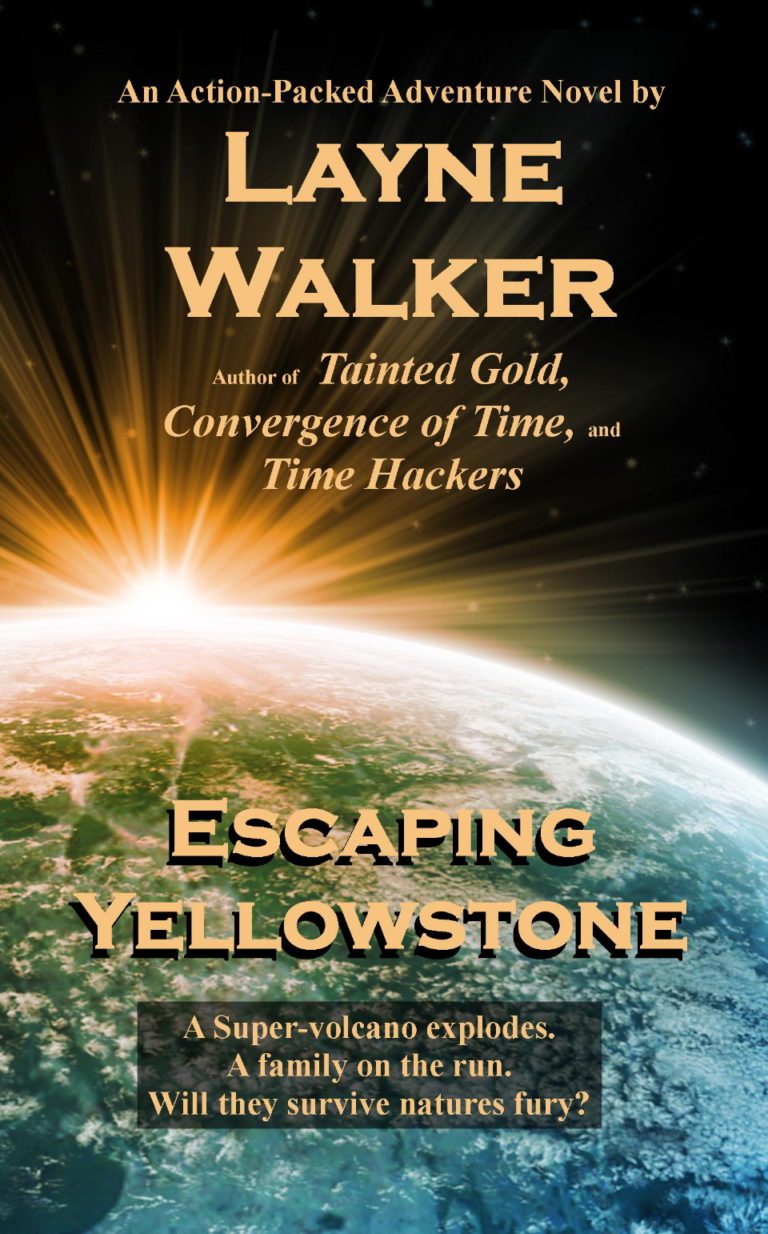 They said it wouldn’t happen in his lifetime, but it did. . . . On December 21, 2012, the Yellowstone super-volcano erupts. Everything within 50 miles is instantly vaporized. 150 miles to the East in Buffalo, Wyoming, Sam Jones is watching the evening news when he’s suddenly thrown across the room by a violent earthquake that quickly reduces the surrounding countryside to something resembling a war zone. Sam flees, intent on getting his wife and two teenage kids to safety, but things go horribly wrong when his wife is shot and killed by wild bullets in Casper, Wyoming. Teaming up with a doctor and his wife, Sam manages to get his two teenagers out of the area. Continuing to head south, they pick up a feisty Wyoming woman, Lisa Baldwin, whose truck has been run into a snow bank. She guides them to the home of a military friend who lives on the Arizona desert.

Thinking they are finally safe in Arizona from the volcanic aftermath, Sam learns that the Mexican army has taken advantage of the distraction and invaded America along the border.  The Mexican army overtakes Arizona and traps Sam and his family behind enemy lines. Fighting their way out of the area and across the heavily patrolled desert into California, the group ends up at Edwards Air Force Base under the command of a mentally unstable general who accuses them of sabotage. Will the disasters ever end? Will Sam ever make it up to Medford, Oregon, where his brother has offered him a home? More calamities await them as they seek a safe haven where they can finally settle down.

A feisty Wyoming woman, a country in turmoil, and bad luck all conspire against Sam as he’s Escaping Yellowstone.